How Your Blood Fights Infection

In our continued series of articles looking at the importance of understanding your own blood results, let us take a look at white blood cells.

Yes, not all blood is red, white blood cells actually play a hugely important role in our health. Never more so than in the situation we find ourselves in now fighting a pandemic. That is because our white blood cells are the first line of defence against viruses, bacteria, infection, inflammation and parasites.

Understanding our own personal numbers linked to our immune response and our white blood cell health, has never been more important. However, for a long and healthy life, this should be considered a basic aspect of our wellbeing to continuously monitor, not just during a pandemic!

There are five key white blood cells that work together to maintain our immune response.

Neutrophils make up roughly half of the white blood cell population. They are usually the first cells of the immune system to respond to an invader such as a bacteria or a virus. As part of their role as first responders, they also send out signals alerting other cells in the immune system to step up and respond to whatever the problem is.

Produced within bone marrow these cells live for only around eight hours, but around 100 billion of these cells are produced by your body every day.

Decreased levels of neutrophils could be a sign of blood disease, low B12, low folate or chronic infection.

Increased levels of neutrophils could be a sign of bacterial infection, viral infection, measles, mumps or chicken pox.

Lymphocytes (B and T)

Lymphocytes are also very important in the immune system and never more than now as the T Cells are responsible for recognising and killing foreign invaders to the body.

Lymphocyte B Cells are responsible for the killing of infections and, along with T Cells, the recognition and hardwiring of the body’s response to that foreign body. They produce the antibodies that ‘remember’ an infection and stand ready in case your body should be exposed.

B lymphocytes play the main role in the efficacy of most of the current vaccines. However, T lymphocytes are very important in some cases such as tuberculosis and pertussis vaccines.

Eosinophils also play a role in fighting off bacteria and are extremely important in responding to infections with parasites, such as worms. They are, perhaps, best known for their role in producing allergy symptoms when they go overboard in mounting an immune response against something like pollen which is mistakenly believed to be an invader.

These cells account for no more than 5% of the white blood cells in your bloodstream but are present in high concentrations in the digestive tract.

Basophils, accounting for only around 1% of white blood cells, are important in mounting a non-specific immune response to pathogens. These cells are perhaps best known for their role in asthma. When stimulated, these cells release histamine among other chemicals. Often, this reaction can be over-played by the body and we can get a reaction to the histamine response that tends to lead to localised inflammation.

Monocytes are the garbage trucks of the immune system; they account for around 5% to 12% of white blood cells in your bloodstream. Their most important function, amongst others, is to migrate into tissues and clean up dead cells.

Hopefully, you can see that with regular blood testing and understanding our body chemistry, we can make sure that our immune response is as healthy as possible and be in a position to recognise small changes that deserve more exploration.

Earlier this year we welcomed Nicola Marsh, registered dietitian and sports nutritionist to our team of experts at Matt Roberts Evolution.

Moving into the autumn months often has a “back to business” feel to it and this is the attitude I like to encourage people to apply when it comes to their nutrition and exercise.

Why Do The Scales Fluctuate?

When trying to lose weight, fluctuations on the scale can make or break someone’s day, week, and even their diet.

Great Trainers are great listeners, analysts and motivators who put their clients results first and foremost. Great Trainers recognise and adapt to the needs of the client and are flexible and creative enough to deal with any goal, barrier, aspiration and dream. We have delivered more than one million hours of personal training as a company. We know how to get results from everybody.” 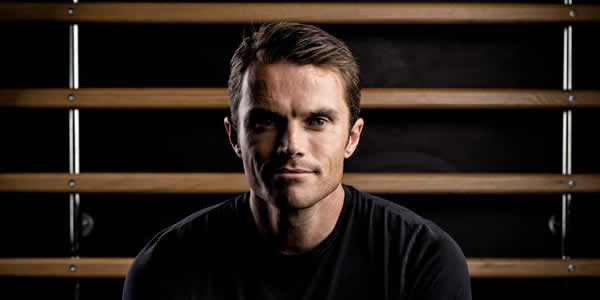 Great Trainers are great listeners, analysts and motivators who put their clients results first and foremost. Great Trainers recognise and adapt to the needs of the client and are flexible and creative enough to deal with any goal, barrier, aspiration and dream. We have delivered more than one million hours of personal training as a company. We know how to get results from everybody.”

The Evolution Lab Podcast explores the most effective, tried, tested and guaranteed routes and answers to success with the human body by asking the people who research, coach, treat and make it happen, and with those that use their bodies to the highest levels of performance.

The Evolution Lab Podcast explores the most effective, tried, tested and guaranteed routes and answers to success with the human body by asking the people who research, coach, treat and make it happen, and with those that use their bodies to the highest levels of performance.

We use cookies on our website to give you the most relevant experience by remembering your preferences and repeat visits. By clicking “Accept All”, you consent to the use of ALL the cookies. However, you may visit "Cookie Settings" to provide a controlled consent.
Cookie SettingsAccept All
Manage consent

This website uses cookies to improve your experience while you navigate through the website. Out of these, the cookies that are categorized as necessary are stored on your browser as they are essential for the working of basic functionalities of the website. We also use third-party cookies that help us analyze and understand how you use this website. These cookies will be stored in your browser only with your consent. You also have the option to opt-out of these cookies. But opting out of some of these cookies may affect your browsing experience.
Necessary Always Enabled
Necessary cookies are absolutely essential for the website to function properly. These cookies ensure basic functionalities and security features of the website, anonymously.
Functional
Functional cookies help to perform certain functionalities like sharing the content of the website on social media platforms, collect feedbacks, and other third-party features.
Performance
Performance cookies are used to understand and analyze the key performance indexes of the website which helps in delivering a better user experience for the visitors.
Analytics
Analytical cookies are used to understand how visitors interact with the website. These cookies help provide information on metrics the number of visitors, bounce rate, traffic source, etc.
Advertisement
Advertisement cookies are used to provide visitors with relevant ads and marketing campaigns. These cookies track visitors across websites and collect information to provide customized ads.
Others
Other uncategorized cookies are those that are being analyzed and have not been classified into a category as yet.
SAVE & ACCEPT